Rep. Luján understands the moral obligation to end the senseless gun violence that makes Americans feel unsafe in our schools, our communities, and in our places of worship. Rep Luján has a strong record of supporting common-sense gun reform, having voted to pass universal background checks and close the deadly “Charleston loophole.” He believes that as our country wakes up to near-daily news of gun violence and mass shootings, the time is now to elect leaders ready to fight for comprehensive gun safety reforms. 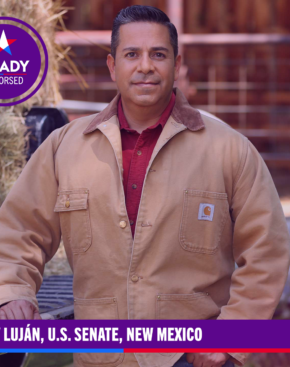