Rep. Carolyn B. Maloney has served the citizens of New York since 1992. She is a renowned leader with extensive achievements on national security, the economy, women’s issues, and gun violence prevention.

"Gun violence is a national epidemic. It's in our schools, our homes, our streets, our movie theaters, our places of worship, our cars, and our shopping malls. Brady has been on the front lines of fighting gun violence for almost thirty years - and I cannot thank them enough for their endorsement, or their support for common-sense gun safety reforms. Their work is saving lives and I am proud to be a part of it." 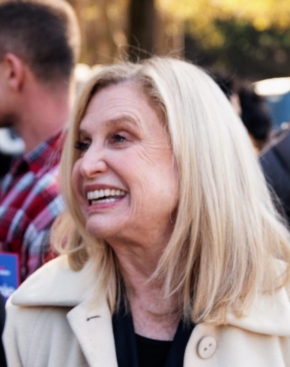