Rep. Cindy Axne is fifth-generation Iowan, a small business owner, parent, community activist, and U.S. Representative from Iowa’s Third Congressional District. Rep. Axne has supported legislation that prevents gun violence, to keep communities safe. Rep. Axne was a cosponsor of H.R. 8: The Bipartisan Background Checks Act of 2019, which sought to expand background checks on gun sales and was passed by the U.S. House of Representatives in February 2019--currently stalled on the Senate floor. Rep. Axne has concurrently called for a renewal of the assault weapons ban, a market-based solution to prevent easy access to weapons of war. Rep. Axne has been vocal about her opposition to special interest groups such as the NRA and encourages other elected officials to do the same. Rep. Axne demands action on gun violence to protect the safety of our communities, our families, and our kids. 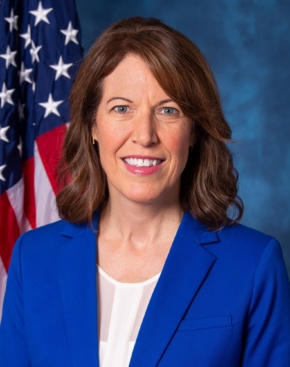