Sen. Dick Durbin (D-IL) has long been a champion for common-sense gun safety reforms. Sen. Durbin was an early and ardent supporter of the 1993 Brady Bill and the Assault Weapons Ban of 1994. Since then, Sen. Durbin has continued to work to close loopholes in our background check system, trace recovered crime guns and ammunition, and crack down on gun trafficking and straw purchasing in order to make neighborhoods safer. 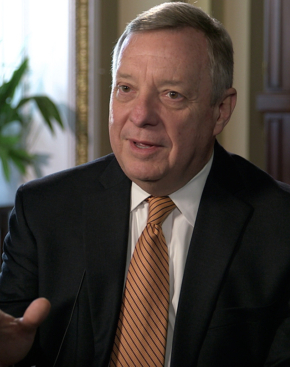