The men and women who serve in our armed forces understand sacrifice. They understand partnership. And, they understand the responsibility required to own and handle a firearm. Rep. Cisneros, a U.S. Navy Veteran who was deployed to the Western Pacific and Mediterranean and was awarded the Navy Commendation Medal, the Navy Achievement Medal, the National Defense Medal, and the Armed Forces Expeditionary Medal, has proven that. During his time in Congress, he has shown these qualities, working tirelessly on behalf of their constituents and across the aisle to address gun violence in their districts and across our country. Rep. Cisneros understands that we need common-sense reforms to keep weapons out of the hands of those who cannot responsibly use them and to keep weapons of war out of our communities. 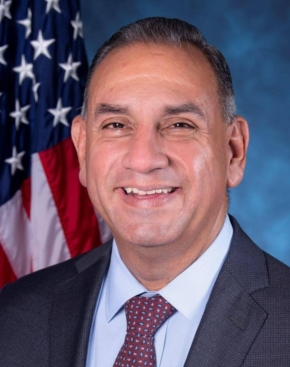