Sen. Jeanne Shaheen has consistently supported common-sense gun safety legislation aimed at preventing gun violence and ensuring guns stay out of the hands of dangerous individuals, including criminals, terrorists, or those who present a risk to our society. Sen. Shaheen is an active cosponsor of the Assault Weapons Ban of 2019, the Background Check Expansion Act, the Fix NICS Act of 2017, and the Lori Jackson Domestic Violence Survivor Protection Act. As the Ranking Member of the Senate Appropriations Subcommittee on Commerce, Justice, Science and Related Agencies, Sen. Shaheen oversees several accounts that are critical to preventing gun violence, including the Department of Justice, ATF, and the FBI. 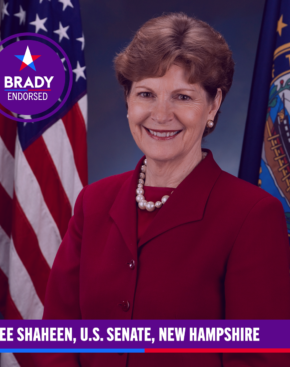