The Brady Campaign is proud to endorse Jon Ossoff in his campaign to represent Georgia in the United States Senate.

“Throughout his career, Jon Ossoff has demonstrated that he will act in the best interests of Georgians and the American people. Ossoff brings this same clarity and initiative to the effort to prevent gun violence. He understands that gun violence affects all Georgians and will work in the U.S. Senate to keep our communities safe. Jon Ossoff supports common-sense policies such as universal background checks and extreme risk protection order laws to temporarily remove firearms from individuals who are a proven threat to themselves or others. Ossoff represents Brady’s motto of ‘take action, not sides’ in his support for policies that respect all Americans’ Second Amendment rights while making our country safer. Brady is proud to endorse Jon Ossoff in his campaign for the U.S. Senate.”

“A clear majority of Georgians support reforms to reduce injuries and deaths from gun violence while protecting the Second Amendment right to bear arms, and the shocking level of gun violence in America today makes plain the need for gun safety reforms. I look forward to working with the Brady Campaign to enact the common-sense gun safety reforms we need to protect our families and communities.” 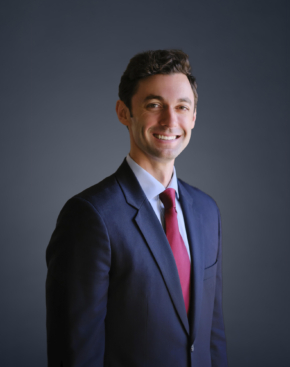