The Brady Campaign is proud to endorse Mike Siegel to represent Texas' 10th district in the U.S. House of Representatives.

“Mike Siegel understands that America’s gun violence epidemic is complex and requires a multifaceted, evidence-based approach. Siegel supports proven and fundamental policies such as universal background checks and an extreme risk protection order laws. In fact, his support for these laws reflects the overwhelming support of Texas voters, over 80 percent of whom want to see background checks expanded while almost 70 percent want an extreme risk protection order law in place. Siegel’s support for these policies is common-sense because these are common-sense solutions - and Texans agree. Mike Siegel knows that while we need these policies, addressing this crisis will likewise require investment in programs that address the root causes of violence. Brady is proud to endorse Mike Siegel in his campaign for election to the U.S. House of Representatives.”

“We have important work ahead to end the epidemic of gun violence across our country, which is why I’m proud to have the support of the Brady Campaign. For decades, the gun lobby has bought off politicians like Michael McCaul who enact their policies without a care in the world for genuine public safety. With the help of the Brady Campaign, we can flip this seat and make progress toward public safety for all.” 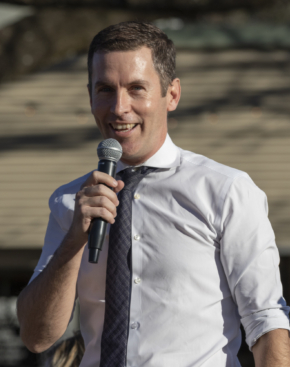