The Brady Campaign is proud to endorse Nancy Goroff in her campaign to represent New York's first district in the U.S. House of Representatives.

“Nancy Goroff is a strong and clear gun violence prevention champion. She understands that gun violence is a national problem that affects many communities. It’s why she supports policies like a ban on assault weapons and high capacity magazines, as well as requiring universal background checks. Goroff knows that these are policies that will keep all Americans safe and are policies that a majority of Americans want. The residents of New York’s first congressional district deserve a representative who will not hesitate to put them first, instead of one who prioritizes gun industry profits. Brady is proud to endorse Nancy Goroff for election to the U.S. House of Representatives."

"I am thrilled to have earned the support of the Brady Campaign. While my NRA-endorsed opponent is a co-sponsor of the conceal-and-carry reciprocity bill in the House — which would allow the gun laws of Oklahoma to become the law of the land in NY — I am excited to partner with the Brady Campaign to promote common-sense gun safety reforms to protect our communities here in Suffolk." 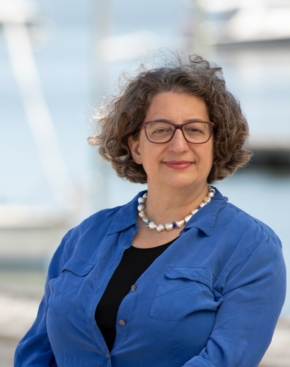