Rep. Wasserman Schultz is an invaluable asset to gun violence survivors everywhere, leading our country to change long before and well after the shooting at Marjory Stoneman Douglas High School.

"Following the mass shooting at Marjory Stoneman Douglas High School in Parkland, Florida, Rep. Wasserman Schultz took action to keep our schools and communities safe. Rep. Wasserman Schultz joined us in calling for change and introducing H.R. 1705, Jaime's Law, which would prevent prohibited purchasers from accessing ammunition. She has also championed H.R. 1296, the Assault Weapons Ban of 2019, which would ban the sale of assault weapons and high capacity magazines. If we are to honor the countless killed and injured by gun violence with meaningful action, we need leaders like Rep. Wasserman Schultz in Congress. Brady is proud to endorse Rep. Debbie Wasserman Schultz for re-election to the United States House of Representatives."

"Ending gun violence both changes and saves lives, and the Brady Campaign's comprehensive approach to curbing this public health scourge should be a model for congressional action, and it's one that I wholeheartedly support. I'm proud to be endorsed by an organization whose members fully devote themselves to keeping American families safe." 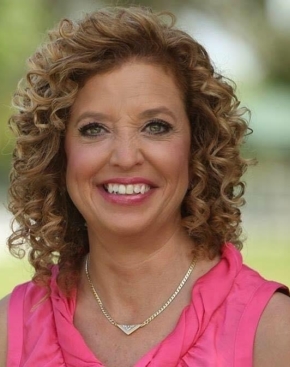