In his time in Congress. Rep. Rouda has been a consistent champion of gun safety policies that will keep Orange County families safe, including helping to ensure that last year’s funding bill contained the first funding for federal research of gun violence in a generation. Rep. Rouda also co-sponsored H.R.8, the bipartisan bill that passed the U.S. House of Representatives over 345 days ago but has yet to receive a vote in the U.S. Senate. H.R.8, and its companion bill H.R.1112, would strengthen and expand federal background checks.

"I am incredibly honored to again have earned the support of Brady in my re-election campaign. In Congress, I have worked tirelessly to address our national crisis of senseless gun violence by advancing common sense gun safety measures including enacting universal background checks, closing the Charleston Loophole to give law enforcement appropriate time to check criminal records, and reinstating a ban on military-style assault weapons. I look forward to continuing to work with Brady to build safer communities together." 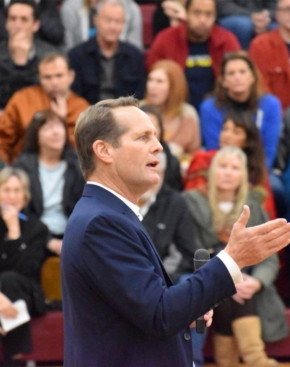