As a gun violence survivor, Rep. Speier understands the toll that gun violence takes on individuals and their communities. She has been a constant champion of common-sense gun violence prevention policies throughout her time in Congress, including as a cosponsor of H.R.8, the Bipartisan Background Check Act of 2019, which has now gone without a vote in the Senate for over a year. Rep. Speier understands these issues. She knows that these laws will make her constituents, all Californians, and all Americans safer.

“I am deeply honored by Brady’s endorsement, an organization that has toppled political and ideological barriers for decades to make our country safe for all Americans. Each day, an average of 100 Americans are killed with a gun. On average, more than 36,000 Americans — including close to 3,000 children — die of firearms injuries each year. As a survivor of gun violence, I know firsthand that the suffering goes far beyond the agony of physical wounds and loss of life. The toll that this national epidemic takes is catastrophic. That is why I will always fight against the gun lobby's death grip on Congress, and I proudly stand with Brady and its fight for common-sense solutions.” 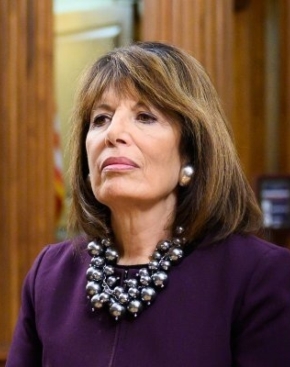