From the Rhode Island state house to the United States Congress, Rep. Langevin has worked to ensure that our government prioritizes making all families and communities safer. He has championed policies, including co-sponsoring legislation such as the Gun Show Loophole Closing Act, the Stop Online Ammunition Sales Act, the Gun Trafficking Prevention Act, and the Enforce Existing Gun Laws Act. In the 116th Congress, Rep. Langevin has co-sponsored and championed H.R.8 and H.R.1112, two bills which would expand and strengthen background checks. As a survivor of an accidental shooting, Rep. Langevin knows the damage that guns can cause. He understands why common-sense solutions will make us all safer. 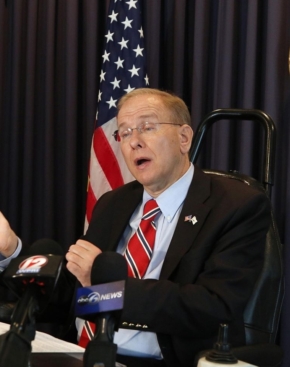