Rep. Jerry McNerney has had enough with inaction to reduce gun violence in our country. Rep. McNerney has an extensive history of supporting common-sense gun reforms, including strengthening background checks, reinstating the federal ban on assault weapons, and banning high-capacity magazines and bump stocks. He is a co-sponsor of several gun violence prevention bills, including H.R. 8, the Bipartisan Background Checks Act of 2019; H.R. 674, the Gun Violence Prevention Research Act of 2019; and H.R. 1296, the Assault Weapons Ban of 2019. He believes that most gun owners are law-abiding citizens, however, he demands a legislative response to the ongoing gun violence epidemic. Rep. McNerney vows to continue supporting legislation focused on preventing gun violence and to build a safer future for our country. 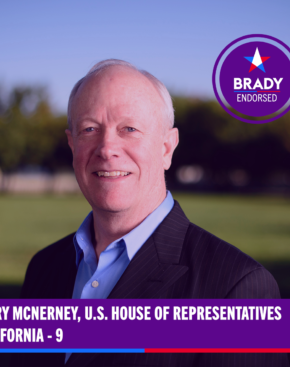