In recognition of his thoughtful leadership in the effort to prevent gun violence in all of its forms, the Brady Campaign endorsed Rep. Jim Clyburn (SC-6) in his campaign for re-election in 2020.

Rep. Clyburn has represented South Carolina’s 6th District since 1993. In that time, he has worked to enact comprehensive and common-sense gun violence prevention reforms that have helped to keep South Carolinians safe. Particularly since the mass shooting at Emanuel African Methodist Episcopal Church in 2015, Rep. Clyburn has worked to ensure that no community endures the preventable tragedy that Charleston did.

Rep. Clyburn led the passage of the bipartisan ‘Enhanced Background Checks Act of 2019’ within the first 100 days of the 116th Congress. This bill, which Rep. Clyburn introduced, was passed by the U.S. House of Representatives in February 2019 and was in direct response to the mass shooting at the Emanuel AME Church in his district in Charleston, South Carolina. Rep. Clyburn demonstrated that he will respond immediately to keep his constituents safe, though we are still waiting for action from the U.S. Senate more than one year later.

The Brady Campaign is proud to endorse Rep. Jim Clyburn for re-election in 2020! 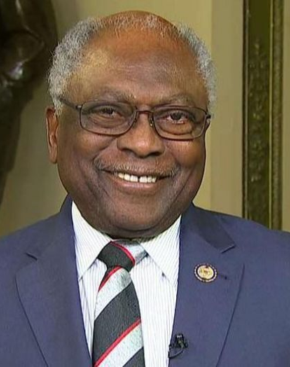