In the aftermath of the Marjory Stoneman Douglass shooting in Parkland, Florida, Rep. Richard Neal worked with young leaders to cultivate and then propose a set of ten critical steps that Congress could take to prevent future tragedies. As Chairman of the House Ways and Means Committee, Rep. Neal used his position to bring greater national attention to the public health consequences and costs of gun violence and held two hearings during the 116th Congress to address these issues.

Rep. Neal was a staunch advocate for dedicated funding for federal gun violence prevention research at the Centers for Disease Control and Prevention and the National Institute and Health, and a strong supporter of expanding and strengthening the background check system to keep guns out of the hands of people who should not have them.

The Brady Campaign is proud to endorse Rep. Richard Neal for re-election. 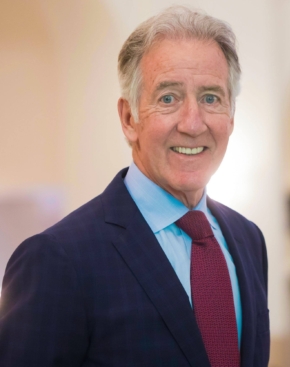