Representing Florida’s 22nd Congressional District, Rep. Deutch has made gun violence prevention a key issue during his time in Congress. As the lead sponsor of several gun violence prevention bills, including H.R. 1186, the Keep Americans Safe Act, which passed through the House Judiciary Committee in September, Rep. Deutch has helped lead the charge in the 116th Congress to ensure that the federal government acts to prevent gun violence and keep our communities safe.

"I am honored to accept Brady’s endorsement. As a leading voice in the movement to save lives from gun violence, Brady has been instrumental in the most significant gun safety victories in our nation’s history. But we know that we have so much more work to do. Too many lives have been lost to the epidemic of gun violence, including children who will never grow up and families that will forever be incomplete. It doesn't have to be this way. That is why every day that I am in Congress I do everything in my power to make our communities, schools, houses of worship, and public spaces safer. I am so proud to work alongside Brady in this essential effort to save lives." 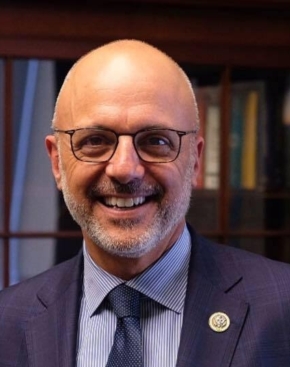