Rep. Suozzi has shown that he will work across the aisle to find solutions to our country’s gun violence epidemic. From working with fellow members of the New York Congressional Delegation, to his role as Vice-Chair of the bipartisan Problem Solvers Caucus, a group of 24 Republicans and 24 Democrats, Rep. Suozzi puts the safety and needs of his constituents above partisan interests. He embodies Brady’s motto, “Take Action, Not Sides.”

"Since President Trump took office, more than 100,000 people have been killed by gun violence, tearing apart countless families including that of my friend and constituent, Linda Beigel Schulman, whose son was tragically killed in Parkland two years ago. Despite Mitch McConnell's unwillingness to act, advocates like Linda and groups like the Brady Campaign continue to inspire me to never give up. I am honored to have their endorsement and will always join them in the fight to end the gun violence epidemic. Lives depend on it." 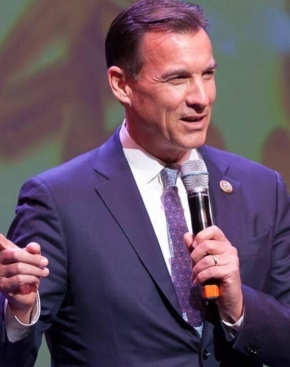