Since joining the Senate in 2013, Sen. Booker has co-sponsored or supported common-sense gun violence prevention legislation. Sen. Booker understands that a public health crisis that claims approximately 100 lives a day requires comprehensive federal action, especially for overlooked causes of gun violence such as death by suicide. This perspective informs Sen. Booker’s policy proposals, such as his Firearm Suicide Prevention Plan which takes a five-pronged approach to addressing suicide by firearm. Similarly, Sen. Booker introduced S.2671, the Break the Cycle of Violence Act, which would provide grant funding for violence prevention and intervention programs in urban centers. Sen. Booker supports policies that an overwhelming majority of Americans want to see enacted, such as expanding and strengthening federal background checks on firearm purchases. In short, Sen. Booker is not afraid to act on his convictions and to speak up on these pressing issues.

"I am thrilled to receive the endorsement from my friends at Brady, who have been trusted leaders and allies in the fight to end gun violence. This is a personal fight for me. To make justice a reality for all, we have to end the epidemic of gun violence and invest in communities that have been shattered by the trauma left in its wake." 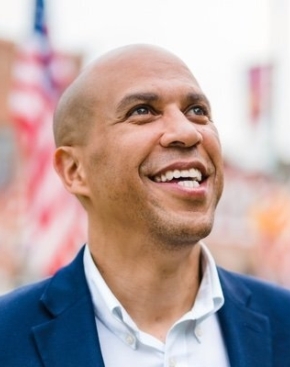