The Brady Campaign is proud to endorse Senator Ed Markey (MA) in his campaign for re-election to the United States Senate.

“Sen. Ed Markey has been a gun violence prevention champion throughout his time in Congress. From his instrumental support for the 1994 Assault Weapons Ban and Violence Against Women Act to his more recent calls for a ban on untraceable ‘ghost guns,’ Sen. Markey has continued to demonstrate his commitment to saving lives and protecting communities. In 2019, Sen. Markey successfully led the fight in the Senate to secure funding for research on the gun violence epidemic — the first such funding in a generation — passing it even in a divided Congress. This leadership and record of action is why Brady is proud to endorse Sen. Ed Markey for re-election to the U.S. Senate.”

“I am proud and grateful to have the support of the Brady Campaign. The organization is leading the way to end America’s gun violence epidemic by taking a holistic approach to address this public health crisis. This December, I was proud to secure $25 million for gun violence research at the Centers for Disease Control, the first time funding has been allocated to study its causes in more than 20 years. Together, we will make the NRA stand for 'Not Relevant Anymore' in American politics and make our communities safer for every child and family." 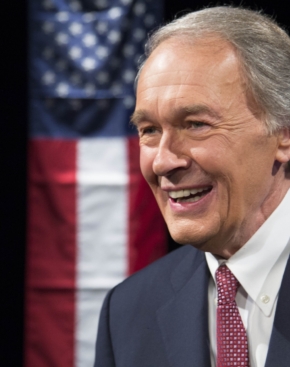