The Brady Campaign is proud to endorse Senator Mark Warner in his campaign for re-election to the U.S. Senate.

“As a Virginian, I have witnessed Mark Warner become a true gun violence prevention champion in the U.S. Senate. In the 116th Congress, Sen. Warner’s stated opposition to the gun lobby’s priority legislation, Federally Mandated Concealed Carry Reciprocity, stopped that dangerous legislation in its tracks. Senator Warner’s evolution into the gun violence prevention champion he is today is a shining example of what we call on leaders to do every day, to represent and protect their constituents, and to stand up against a gun lobby who puts profits over people. From cosponsoring a federal ban on manufacturing and importing assault weapons to backing federal support for states with extreme risk protection order laws, Sen. Warner has shown that he is unafraid to take action and, just as importantly, he has demonstrated time and again that he will listen and respond to the needs of Virginians and all Americans. Just this summer, Sen. Warner and Sen. Tim Kaine introduced legislation that would emulate life-saving policies enacted in the Commonwealth of Virginia this year at a national level.

I am proud to have Mark Warner as my Senator and Brady is proud to endorse Sen. Mark Warner for re-election to the U.S. Senate.”

“I am honored to receive the endorsement of the Brady Campaign. Americans of all backgrounds can and should refuse to accept periodic mass shootings as the new normal, and our country’s leaders owe it to the victims and families across the Commonwealth to finally take action. I am committed to being part of the solution.” 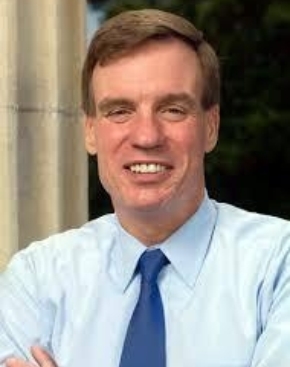