Sen. Tina Smith (D-MN) believes that we can put an end to our country’s epidemic of gun violence and also respects the Second Amendment. As an angler and hunter, Sen. Smith supports common-sense bills to ensure guns are kept away from those who intend to cause harm. Sen. Smith has worked with Sen. Amy Klobuchar to close the deadly “boyfriend loophole” and ban people convicted of stalking from having firearms, and she’s met with survivors of the Parkland school shooting and Minnesota students. 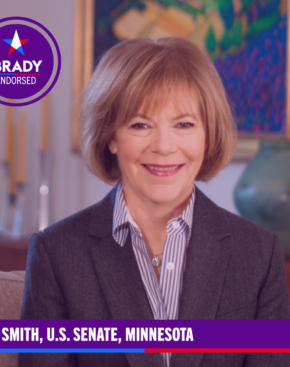