The Brady Campaign is proud to endorse Jamaal Bowman in his campaign for election to the U.S House of Representatives.

“Jamaal Bowman understands that gun violence is not only a public safety crisis, but an on-going public health crisis, as well. From active shooter drills that traumatize our children, to the threat of everyday community violence and mass shootings, Bowman has shown that he knows the scope of our gun violence epidemic and is unafraid to act to address it. It’s why he supports policies such as a ban on assault weapons and high capacity magazines and expanding federal Brady Background Checks. Jamaal Bowman will bring a strong voice and clarity in Congress. Brady is proud to endorse Jamaal Bowman in his campaign for election to the U.S. House of Representatives.”

"Growing up in New York during the crack era, I came face to face with gun violence on multiple occasions. As a teenager, I was almost hit by a stray bullet, and when I was in high school, my sister was shot and nearly died. While gun violence is not a new phenomenon, the problem is only getting worse, and as a career educator I cannot sit idly by while children fear for their lives on a daily basis. I respect and admire the work of the Brady Campaign, and I look forward to working with them at the federal level to bring an end to gun violence." 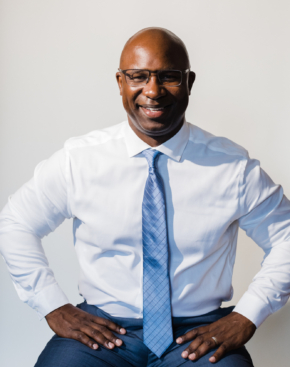