The Brady Campaign is proud to endorse Rep. Smith in his campaign for reelection to the U.S. House of Representatives.

“Rep. Chris Smith has demonstrated throughout his time in Congress that he is unafraid to work across party lines to advance much-needed gun violence prevention legislation. This is because Rep. Smith embodies Brady’s motto, ‘take action, not sides,’ and recognizes that keeping Americans safe from gun violence is not a partisan issue. He understands that common-sense gun violence prevention laws do not infringe upon the Second Amendment. It is why he voted for the original Brady Bill and voted for and co-sponsored H.R.8, the Bipartisan Background Checks Act of 2019, in the 116th Congress. Rep. Smith is a consistent champion for the policies that keep all Americans and New Jersians safe. Brady is grateful to work with Rep. Smith on strengthening our nation’s gun violence prevention laws to save lives. Brady is proud to endorse Rep. Chris Smith in his campaign for re-election.”

"Jim Brady, the former press secretary who was permanently disabled and ultimately died from a gunshot wound sustained during the assassination attempt on President Ronald Reagan, suffered greatly, as have many other Americans when a gun falls into the wrong hands. Today, more than 25 years after the enactment of the law that bears his name, 300 million Brady background checks have blocked 3 million purchases to dangerous individuals. I support the Second Amendment. Background checks don’t erode Second Amendment rights but do help ensure that firearms are procured, owned and used by responsible, law-abiding citizens while protecting all of us from gun violence." 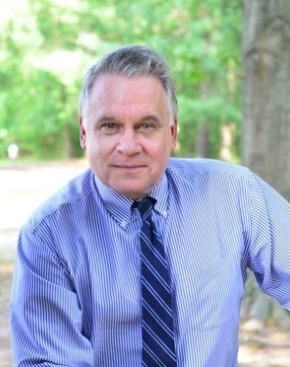