For more than 30 years, Vice President Biden has led the country in preventing gun violence. In 1993, he stood beside Jim and Sarah Brady in shepherding the Brady Bill through Congress. In 1994, he joined Sen. Dianne Feinstein in securing the passage of a 10-year ban on assault weapons and high-capacity magazines — which he has pledged to reinstate as President. In 2005, he voted against the Protection of Lawful Commerce in Arms Act (PLCAA), an immensely harmful effort that bestowed unprecedented legal protections for the gun industry. In 2013, he countered Senate inaction after the tragic shooting at Sandy Hook Elementary School by leading President Obama’s Task Force On Gun Violence, and then implemented a series of executive actions to save lives.

Vice President Biden has positioned himself as one of the foremost leaders on the issue this campaign cycle. He has invoked the urgent need for common-sense gun reform during presidential debates even when moderators failed to address the topic. And he’s repeatedly raised the issue at his own campaign events.

"My first day of office, I'm going to send a bill to Congress repealing the liability protections for gun manufacturers, closing the background check loophole, and closing waiting periods."

At a time when our politics are polarized and people are looking for answers, Vice President Biden can break through the division and deliver real change. His policy platform reflects the kind of comprehensive approach necessary to end gun violence in all its forms. Just as he did when he joined Jim and Sarah Brady in passing the landmark Brady Bill, Joe Biden will pass common-sense gun laws that will save lives. He is the champion we need to end our country's gun violence epidemic. 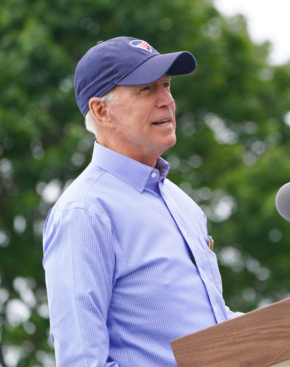